Lab member Casey Youngflesh has a photo featured as a part of the journal Frontiers in Ecology and the Environment’s new ‘Ecopics’ series. This series features wildlife photos that describe some interesting natural phenomenon. Casey found this Adélie penguin buried by snow near Joinville Island on the Antarctic Peninsula. Increased snow and rain may have negative consequences for penguin populations, as neither eggs nor young chicks can accommodate being wet! 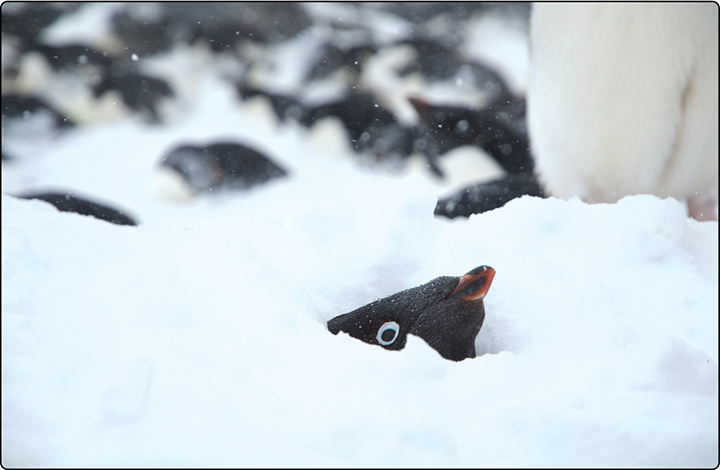